On the front lines of controversy

What is it like to be on the frontlines of controversy?

A sneaker wave of attention unexpectedly falls on a person’s shore. Somebody has uncovered a past comment that appears hateful, racist, or unacceptable. A news report uncovers a company actions that causes a public outcry. They quickly scramble to provide a satisfactory response to keep their profit share. In the political arena, entertainment world, or other high-profile venues, people hire experts to know how to deftly avoid or even take advantage of informational storms.

Controversies demand resolution. They rarely ride off into the sunset on their own. Supporters or opportunists will use whatever means at their disposal to further their cause by riding the wave created by controversy.

END_OF_DOCUMENT_TOKEN_TO_BE_REPLACED

Well-publicized reports reveal the growing number of the irreligious in America. More people are choosing to stay home rather than go to church on Sunday mornings. The world is rapidly transforming in this information age and congregations are constantly finding themselves readjusting their outreach strategies to best communicate the gospel.

Out of the fog of uncertainty, there is some great news for evangelism. People are far more willing to hear the hope that we have in Christ than we think. Recent studies and personal experience are confirming this to be true.

END_OF_DOCUMENT_TOKEN_TO_BE_REPLACED

Praying for the Fruit of Patience in Evangelism

Our human nature has always been impatient. It doesn’t require much effort. That’s why patience is referred to as a virtue or an art form. It takes practice. For evangelism, the fruit of patience is a work of God in us. And it becomes one of the most important attributes for believers who are concerned about advancing God’s kingdom.

END_OF_DOCUMENT_TOKEN_TO_BE_REPLACED

Witnessing Christ in today’s world is a daunting task.  Competing truths, busyness and the distractions in life add up to what seemingly is a disinterested public. When you include our own fear and weaknesses, a believer needs to rely on God for his power and strength.

The great Christian missionaries of old knew that prayer is an important component to be God’s witnesses. They are songs of praise that come from a heart overflowing with thankfulness to the Lord. “Sing praises to the LORD, enthroned in Zion; proclaim among the nations what he has done.” (Psalm 9:7)

END_OF_DOCUMENT_TOKEN_TO_BE_REPLACED

One of the greatest promises God gives – and one of the hardest to trust – is that God’s hand is in everything. How do we make that promise real?

END_OF_DOCUMENT_TOKEN_TO_BE_REPLACED

Proclaiming the gospel can start with a song

Songs begin from the heart. They register profound sadness from broken hearts, spur revolutions as a call to action, or convey deep, transparent love to woo hearts. Proclaiming the gospel can start with a song.

END_OF_DOCUMENT_TOKEN_TO_BE_REPLACED

The best secret to a meaningful prayer life

If God was sitting across from you right now, what would he be saying to you?

How a Christian answers this question may reflect the quality of their prayer life.

END_OF_DOCUMENT_TOKEN_TO_BE_REPLACED

Prayer is a vehicle God uses to transport us from weakness to strength, from timidity to boldness, from self-absorption to self-denial. It is through prayer that are eyes are opened to the lost, our ears are attune to opportunities, and our hearts are courageous to step out of our comfort zones and trust God’s promises.

END_OF_DOCUMENT_TOKEN_TO_BE_REPLACED

In Christ, we trust his promises.

Through Christ, we proclaim his name.

For Christ, we are his ambassadors.

In his Word, we WITNESS WELL. 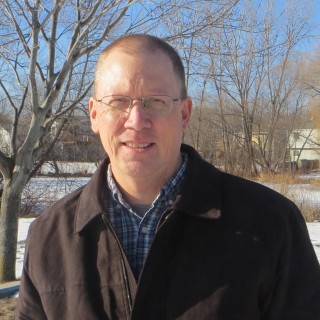 Dave Malnes is the founder and director of Praise and Proclaim Ministries (www.praiseandproclaim.com). This ministry is all about providing meaningful opportunities for Christians to actively share the gospel of Jesus Christ.